The idea of a big fat cockroach topping off your fancy shrimp cocktail probably grosses you out.

And it should. Creepy crawly cockroaches anywhere near our food is definitely a big no-no. But you might be surprised to learn how closely related shrimp and cockroaches are!

All plants and animals are organized by scientists into separate groups based on the things they have in common. An easy example is how tigers and lions are very closely related, while cheetahs are basically cousins of them both. Your house cat Fluffy is related to all three, but more closely to a cheetah than a lion. They all eat meat, are mammals, and have quick reflexes and sharp teeth.

What about cockroaches? Do they have anything in common with shrimp?

As a matter of fact they do, and this is why it’s so important to understand how scientists group things. Cockroaches are insects. And shrimp are crustaceans. And while they both belong to their own groups (insects and crustaceans), they also share characteristics that group them together.

What are those characteristics?

Both insects and crustaceans have three part bodies, made up of a head, thorax, and abdomen.

Both have jointed legs.

And both have exoskeletons. An exoskeleton means that their bodies’ “bones” are on the outside instead of the inside (like yours). If you’ve ever eaten steamed shrimp, you probably know that they have a hard shell you have to take off first. This is the shrimp’s exoskeleton, and insects such as cockroaches have them too.

Creatures that share these characteristics belong to a group called Arthropods, which also include animals like spiders and centipedes. Scientists have found that insects and crustaceans have a particularly close evolutionary relationship, though. So close that they belong to a group all their own called Pancrustacea.

That means that shrimp, lobsters, and other crustaceans are related – very closely related – not only to cockroaches, but to all other insects, too.

Food for thought: If shrimp lived on land, would we change our opinion of them?

So while the relationship is close, a shrimp is definitely not a cockroach. And though Pancrustacea sounds like the most delicious menu item ever, you’ll want to stay very choosy about the kind of Arthropod you eat. 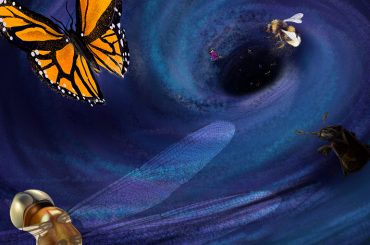 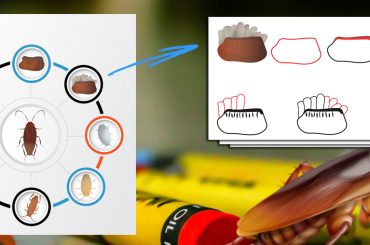