Lots of bugs find their way into our homes. And many look a lot alike. So it’s not unusual to mistake harmless bugs for harmful ones, or to find a harmful bug and be unsure.

Baby roaches are bugs that fall into the harmful category. And if you find them, they need to be dealt with quickly. But to do that, you’ll want to know what you’re dealing with. What do baby roaches look like? Let’s see.

Also see: “Found a Baby Cockroach? Here’s What To Do,” and “Baby Roach Pictures: An Easy Visual Guide.”

How to Recognize a Baby Cockroach

Though most people are familiar with one or two cockroach species, there are about thirty that typically invade our homes. Of those, only a handful are considered harmful pests. All of them have common characteristics that can help you to identify them as cockroaches – and that goes for the babies as well the adults.

What do baby roaches look like? In a general way (or a very specific way if you’re dealing with the baby German roach below) roach babies will look like this:

All baby roaches will have:

Identifying the Most Common Baby Roaches

Nearly oval in shape, the baby German cockroach will have a flat, hard-shelled body, six spiny legs, a distinctly separate head, and the appearance of horizontal bands or segments across its body (when you look very closely). Like adult German cockroaches, it has two long, thin antennae, but unlike the adult, doesn’t have wings.

It’s usually dark brown in color, with a lighter brown color down the middle of its back. The brown you see is the darkest the German cockroach nymph will ever get. Over the next six to thirty-one weeks, it will molt several times, initially appearing white as it emerges from its old shell, and then darkening (to lighter shades of brown) as the new shell hardens.

Oblong in shape, the baby American cockroach will have six spiny legs, long thin antennae, and a flattened, hard-shelled body divided into three sections. Like American cockroach adults, they have appendages called cerci at the base of their bodies (similar to but smaller than those of earwigs), but unlike adults, have no wings.

They’re reddish brown in color and when examined closely, can be seen to have an alternating pattern of dark and light-colored bands across their backs.

How big is a baby American Cockroach? Nymphs will be as small or smaller than the diameter of a penny (under 2cm) and grow to 5cm long.

They’re reddish-brown in color and their bodies have a distinct pattern of light and somewhat darker colored bands.

How big is a baby Oriental Cockroach? Nymphs will be about 6mm before their first molt – about the size of a grain of rice.

Squatly oblong, the baby brown-banded cockroach will have six spiny legs, long slender antennae, and a shiny, hard-shelled body. They are dark brown with an orange abdomen. Their bodies are tapered toward the front, squat toward the back, and are distinctive in the cockroach world for the two light-colored bands just behind their heads that run horizontally across their backs.

Though not a separate species, you may rarely come across a baby white cockroach. These are roaches that are either newly hatched, or are in the process of a molt, having just shed their old shell. Looking something like a worm, a larva, or even a strange, wingless albino cockroach, these temporarily pure white roaches are easy to identify when you understand what you’ve found.

Baby Roaches vs. Other Bugs

Some bugs resemble baby roaches, and can easily be mistaken for them. Here, we’ll cover some bugs that look like baby roaches and point out the way they differ.

Crickets, because they are small, dark in color, and have spiny legs, can be confused for cockroaches. However, crickets have very large, strong back legs that extend above their bodies. They use these to jump to heights a cockroach never could. If the bug you’ve discovered has these large powerful back legs and jumps extraordinarily high, it’s a cricket, not a baby cockroach.

Crickets are also loud and are known for their high-pitched chirping. Cockroaches, by comparison, are very quiet.

It’s also easy to mistake cockroaches for beetles. Both have a squat, oval frame. However, the over 350,000 species of beetles often have more colorful and varied markings than the few species of cockroaches you’re likely to encounter. Brown or black beetles pose an identification problem, though.

Fortunately, beetles share a few characteristics that distinguish them from cockroaches. Both their legs and antennae are shorter than those of the cockroach and their exoskeleton is harder. They also move much more slowly than baby roaches, which can run at extraordinary speeds.

What do baby roaches look like vs. bed bugs?

If you suspect there are baby roaches in your home, slip on a pair of gloves and try to catch or kill one if you can. Since German roaches and Brown-banded roaches are very small even as adults, size (as in being very tiny) is a good first clue that it may be one of those. Next look at color, along with some of the distinctive markings described above and elsewhere.

Finally, it’s important that you not only identify the bug you’ve found, but take steps to protect your home, if it does turn out to be a cockroach. Because when everything’s said and done, what do baby roaches look like? 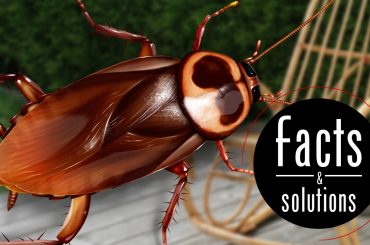 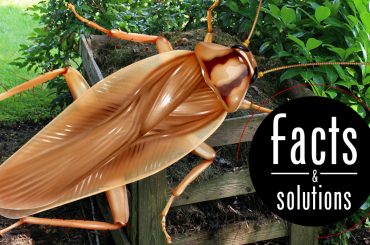 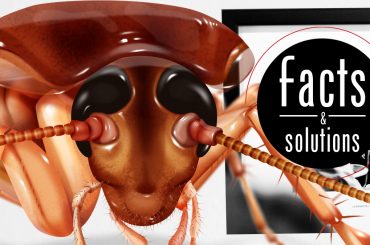