No one wants to find cockroaches in their home. But when you see a bug on the floor, it’s hard not to panic—was that a cockroach? You desperately hope it’s something else. And since there are a few bugs that look like roaches (but aren’t), you might actually be in luck.

So, what bugs look like cockroaches? Turns out, there are quite a few, from beetles and water bugs to crickets and termites. We’ll help you find out if your creepy crawler is a cockroach or just an impostor. With the right information, you can come up with the best plan to get rid of it.

Our first cockroach lookalike is the beetle. Although there is a huge diversity of beetles (over 400,000 species), some of them are similar to roaches in shape, size and coloring. A few species of ground beetle and a type of scarab beetle called the June bug tend to look an awful lot like roaches. So, how do you know if it’s a beetle or a cockroach?

First, cockroaches tend to have longer legs and antennae than beetles. Further, their wings are always visible, even at rest. Beetles, on the other hand, fold their wings beneath extensions of their exoskeleton called wing cases.

Ground beetles (of which there are over 2,000 species) have small heads, hard wings, and eat garden pests. The black ground beetle is often confused with the Oriental cockroach, which has a larger head and thinner, leathery wings.

June bugs (also called June beetles or May beetles) are reddish-brown to black, rounder than cockroaches, and eat plants—mainly tree leaves. Some have fringed antennae that resemble eyelashes.

They’re attracted to light, while most species of cockroach tend to avoid light. Further, June bugs are pretty clumsy in comparison to the swift and agile cockroach. You might catch June bugs bumbling around on the ground or flying into walls.

While some beetles bite, a bite from a cockroach is rare. Most cockroaches don’t even want to approach humans. You’re also unlikely to find a beetle in your home—they prefer to live outside.

Cockroaches, as you probably know, love to find ways into homes. Unlike cockroaches, which emerge from their eggs as tiny versions of adults, beetles start life as a grub.

This section might at first be confusing. Isn’t a water bug a type of cockroach? That’s a common belief that, it turns out, is actually a common mistake.

You may have heard Oriental cockroaches or smoky brown cockroaches referred to as water bugs . In fact, there are quite a few insects that are called water bugs (e.g., water striders, water boatmen, water scorpions), but there’s only one type that rightfully carries the name.

True water bugs (family Belostomatidae) live in water, unlike cockroaches. Roaches prefer moist areas but can’t survive in water . And the differences between a roach and a water bug don’t stop there.

Some water bug species— most notably the giant water bug—grow to be as long as four inches. Meanwhile, the only cockroach species that even approaches the water bug’s size is the American cockroach, which can approach 3 inches in length. However, American cockroaches have a distinctive yellow pattern on their heads that resembles the number eight.

Water bug’s two front legs have pincers and they lack antennae entirely. They have strong beaks and have been known to bite humans. Unlike roaches, they are attracted to light. Water bugs are predators; their diet consists of small aquatic animals like fish and tadpoles.

In contrast, cockroaches will eat pretty much anything. They’re best known for eating garbage and scavenging for crumbs. Like beetles, water bugs are mostly found outside and rarely venture into homes.

The next time someone asks, “Is a water bug a cockroach?” you can tell them all about the various distinctions between water bugs and roaches.

What’s the difference between a cockroach and a palmetto bug? That’s a trick question. Because there isn’t one.

The American cockroach got it because polite southern folks preferred not to admit to having a cockroach in their house.

And the smokybrown cockroach got it because, well – to be polite you might as well not admit to having any cockroach in your house.

Bed bugs are sometimes mistaken for cockroach nymphs – especially baby German roaches. Both are typically reddish-brown in color (the German nymph only at a certain stage), lack wings, and have an oval shape.

You’ll probably have to collect one to make a clear distinction between a baby cockroach and a bed bug because they’re both so small. Bed bugs are typically ¼ inch long and cockroach nymphs- particularly the tiny German species- can be similar in size.

However, bed bugs are usually shorter and rounder than cockroaches, which have more oval-shaped bodies. They’re also a reddish brown as opposed to the German cockroaches’ tan or golden brown color, and have shorter antennae.

Cockroaches and termites are pretty different in appearance and habits. However, they’re very closely related. In fact, researchers recently discovered that a termite is actually a type of cockroach.

Termites are small (between ¼ and ½ inch long) with soft bodies and short antennae. In the U.S., there are about 40 species of termites, ranging in color from white to light brown. Cockroaches are typically larger, with harder bodies and long antennae. Cockroaches are only white when they have just molted (read more about the “albino cockroach“), but it’s rare to see them during this vulnerable time.

Cockroaches are solitary creatures—they don’t form colonies. Termites, on the other hand, are social and live in large colonies with a queen and a king. These two insects also behave differently indoors.

Termites prefer to live inside walls, where they have plenty of space to build their colonies and a ready food source. Termites eat wood and paper almost exclusively. Cockroaches, on the other hand, will eat just about anything. They’re most often found in kitchens or near other reliable food and water sources.

Crickets (family Gryllidae) are sometimes mistaken for cockroaches but there are important differences between the two. Crickets range in color from brown to black, much like some cockroach species. They also have long antennae. However, cockroaches’ bodies are flattened and oval-shaped, while crickets have a more cylindrical body.

Crickets also have very long rear legs, which they use to produce their signature chirp. Crickets also need long legs for jumping, which they do when disturbed. A cockroach’s six legs are basically the same length. Cockroaches are much more likely to run, though some can hop or glide. Like beetles, crickets are unlikely to enter your home.

The first step toward tackling a pest control problem is to find out what kind of pest you’re dealing with. Cockroaches are very dangerous pests that can contaminate food and spread disease. Quite a few insects indeed resemble cockroaches but you can use the information in this article to differentiate between cockroaches and some of their less dangerous lookalikes.

Proper identification is important because different pests require different management strategies. After reading about the six types of bugs that look like roaches (but aren’t), you can make a more informed decision about how to control the pests. Armed with this new knowledge, you’ll be better prepared to go out and do battle against whatever pesky insect has invaded your domain.

What color are roaches?

Most household roaches range in color from the dull yellowish brown of the German cockroach to the dark brown, almost black of the Oriental cockroach. Other roaches will be varying shades and tones of brown.

Is a cockroach a beetle?

Though some cockroaches may resemble some beetles, they’re a different type of insect. Cockroaches are actually much more closely related to termites than to beetles.

What are big roaches called?

When you see a very large cockroach, it’s typically an American cockroach (the largest common cockroach at up two inches long or longer), an Oriental cockroach, or a smoky brown cockroach.

All pest cockroaches have oblong bodies, short spiny legs, and long antennae. There are a few small cockroaches to be on the lookout for, though. The German cockroach, the brown-banded cockroach, and any baby cockroach whose presence can indicate an infestation.

Waterbugs vs Cockroaches: How To Tell The Difference. (n.d.) Aerex Pest Control. Retrieved from https://aerex.com/blog/waterbugs-vs-cockroaches-how-to-tell-the-difference/.

Is it a Bed Bug, Cockroach, or Carpet Beetle? (n.d.) NYC Health. Retrieved from https://www1.nyc.gov/assets/doh/downloads/pdf/bedbugs/is-it-a-bedbug.pdf.

A Look at Bed Bug Look-Alikes. (2013) PCT. Retrieved from https://www.pctonline.com/article/bed-bug-look-alikes/. 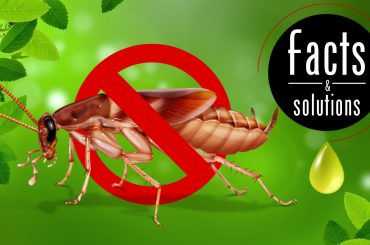 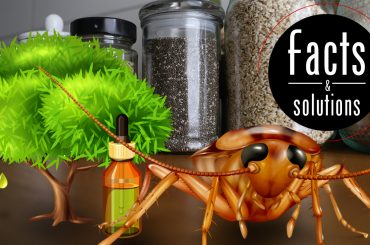 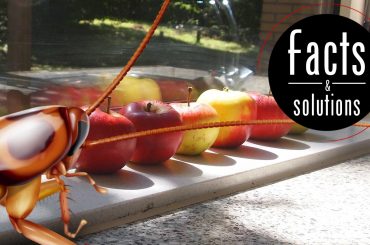 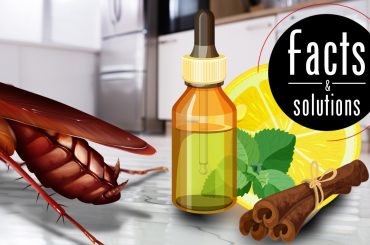